Oakglen Railroad measures approx 6' by 2' and all fits into the back of large car.

Thus making Oakglen Railroad 30 inch narrow gauge. The layout is freelanced, fictional line set around a ore mine in the central plains of the US .

One of the attractions to modeling an O scale narrow gauge is that fact that you can use relatively small radius curves (at least in O scale terms). This allows you to pack the track into a smaller space, the layout is therfore built on a single board which makes it easy for transporting. 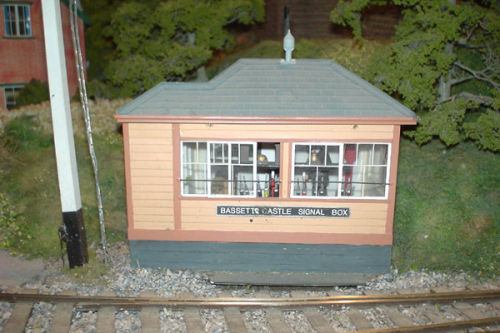